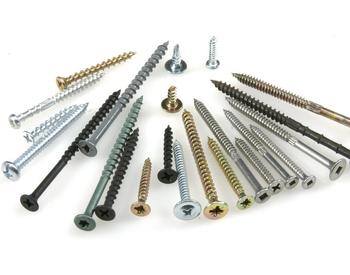 With the development of social economy, in recent years, China has become the world's largest metal production country, the world's largest hardware processing country and a large exporter. China has a vast market and potential for consumption. In the 12th Five-Year period when green is becoming more and more profitable, energy-saving and intelligent products are popular, and the home cabinet hardware industry is showing new trends.

China has become one of the world's largest hardware manufacturers, with a vast market and consumer potential. At least 70% of China's hardware industry is a private enterprise, which is the main force for the development of China's hardware industry. Luo Baihui, secretary-general of the International Mould, Hardware and Plastics Industry Suppliers Association, said that in the international hardware market, developed countries in Europe and America will switch to developing countries to produce high value-added products due to the rapid development of production technology and rising labor costs. China has a wide range of hardware products, high quality and reasonable price. With the good reputation, enthusiastic service and huge sales network accumulated over the years, China has gradually opened various domestic provinces and cities and the Middle East, Africa, Kazakhstan, South Asia, Uruguay. And other emerging markets. The performance of some of these hardware products has reached or approached the international advanced level. This progress has effectively broken down the monopoly position of some imported hardware products in some fields and contributed to the standard competition in China's hardware market.

Hardware tools are labor-intensive industries. As a hometown of hardware, Yongkang has become a gathering place for hardware tools with low-cost traditional competitive advantages. Yongkang hardware market has formed 16 types of trading areas such as hardware products, power tools, machinery and equipment, and collects tens of thousands of hardware products such as daily hardware, construction hardware, tool hardware and mechanical and electrical products, metal materials, mechanical equipment, and decorative materials and related Products, commodities radiation in China and Russia, the United States, Canada, Brazil, Australia, Japan, more than 50 countries and regions. In 2002, the market turnover was 12.6 billion yuan, 15.13 billion yuan and 19.2 billion yuan respectively. The development and prosperity of the Hardware City has erected a successful bridge for Yongkang Hardware Industry to take off, further promoted the regional economic development and achieved both economic and social benefits.

Since the beginning of the new century, with the accelerated pace of modernization of Chinaâ€™s manufacturing industry, industry insiders predict that the development of Chinaâ€™s hardware tool companies will inevitably have significant actions to make clear, otherwise the series of problems caused by the inconsistency of differentiation will delay the upgrading of the industry. The emergence of giants is inevitable, in line with the laws of the market economy and the characteristics of industrial development.

We can already see some of the clues. In 5 years, the pattern of Chinaâ€™s tool competition will be clear and the opportunities will be equal, except that big fish eat small fish and fast fish eat slow fish. The domestic hardware industry brand competition is relatively volatile. In the hardware tool industry, Shida's brand battle with Stanley has continued for more than 10 years. Both parties' marketing strategies for customers have had a positive and far-reaching impact on Chinese hardware tools and local companies. The most influential is the understanding and application of brand marketing. Shida and Shi Danli still occupy the leading position of high-end brands in China. The other brands have unknown brands, which means that other brands still have unlimited opportunities. The essence of brand marketing is to seek differentiated positioning of the brand, and the added value of the brand becomes the growth point of the customer's trust and profit. To seize this brand's chaotic gap period, the speed of pushing into the top three brands has become the most worthwhile issue in the development of the next five years.

We are a professional manufacturer of  Pin Nailers.

Pin Nailers are characterized by:

l Nails without nail head, and lay no nails after Application.