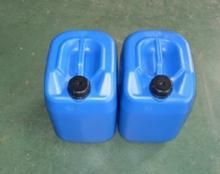 In late October 2012, the acid market was still a difference between north and south. The flue gas acid was still one of the key factors constraining the market's rise and fall. Many acetic acid manufacturers were already unprofitable, and raw materials were still quite expensive. Not many shipments, ** a bit frustrated, survived the state.

At the beginning of the week, the acid market was mainly concentrated in the East China area. Shandong Yanggu Xiangguang quoted an increase of RMB 20/ton today, and actual shipments of 98% flue gas acid performed 350-360 RMB/ton. The increase in quotation on the one hand because of Dongying radius of maintenance vacant market demand, on the other hand is mainly because of a downstream fertilizer plant ** demand will increase to 1100-1200 tons / day, so the price of the offer will rise slightly, Shandong other manufacturers also Without a sharp move, the price is temporarily stable this week. Anhui Tongling Non-ferrous Price Declined by RMB 30/t again, 98% Flue Gas Acid Factory Execution was RMB 240-250/Ton, Anhui and Jiangsu Provinces Sour City's Psychology was Sluggish, Most Manufacturers of Acetic Acid Says that the Current Price Will Not be Adjusted for the Time being , wait and see attitude is strong. This month, Jiangsu Shuangshi is expected to have 1-2 million tons of cargo exports, and sales around the region may ease.

** Aspect: China's market CFR price is difficult to support in the absence of downstream support, the current external disk price has dropped to 173-185 US dollars / ton CFR. At present, the price of the port ** is temporarily stable, high-quality Russian block powder is priced at 1380-1390 yuan / ton, the general quality of Russia's block powder acceptance quotation is about 1370 yuan / ton, and the actual turnover has room for profit. At present, the port traders have low intentions for external quotations. Individual quotations are still at 1400 yuan/ton or more, and the price intention is relatively clear.

In the northern region, October is already over. Most of the prices may stabilise. Few fertilizer manufacturers have already started construction. The demand for ** will gradually increase, but the increase will not continue until the entire November period. The region is still operating smoothly, but the Guangxi region may recover slightly, mainly because most of the supply in Guangxi is supplied to the Guizhou region. Yun, Gui and Chuan are mainly concentrated areas of fertilizer plants. Therefore, after large-scale construction of the fertilizer manufacturers, , ** demand will increase.

Edible salt, also called Table Salt or just salt, is a mineral, one of a very few mineral substance commonly

iodized refined salt. It is a crystalline solid, white or light grey in colour, obtained from sea water or from

rock deposits. Sea Salt comes in fine or larger crystals. In nature, it includes not only Sodium Chloride,

but also other vital trace minerals. Edible rock salts may be slightly greyish in colour due to this mineral